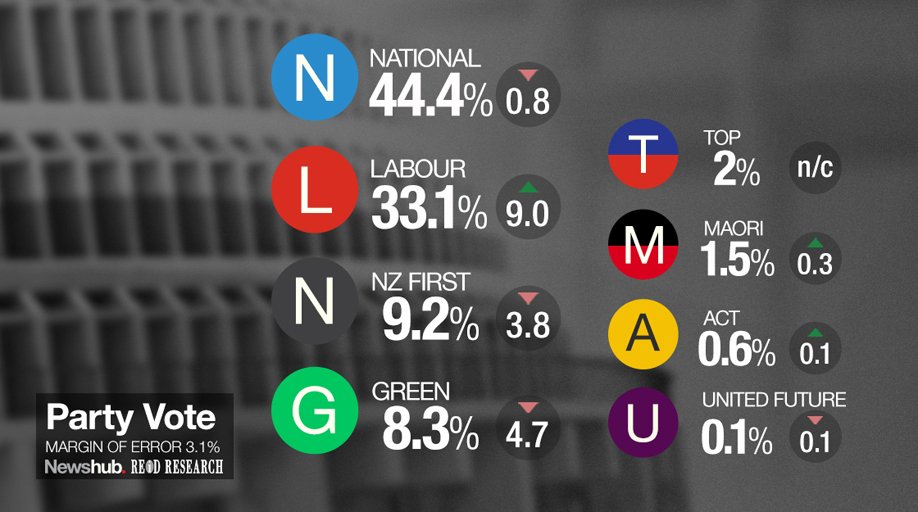 Newshub political editor Patrick Gower claims the latest Reid Research poll is ‘incredibly explosive’. Why? There has been a swing of 9 percentage points to Labour. They are now on 33%. And more dramatically, Jacinda Ardern is within a point of Bill English as preferred PM.  Her predecessor never got above single digits.

Gower would tell you these are trends not seen in a decade.

Well, that is one interpretation. I would argue that these numbers don’t suggest a dramatic shift in party support. The fact is Labour was polling up to 33% under Andrew Little. They began the year averaging 30%.

It was months of negative publicity that caused Labour to plummet in the polls. By contrast, the party has enjoyed a week of positive media coverage since Ardern became leader. So maybe we shouldn’t read too much into the polling (yet).

But if there is a ‘Jacinda effect’, it has done nothing to weaken National. With 44% support, the Nats are no worse off than they were before the dramatic events of last week. In fact, National continues to outpoll Labour and the Greens.

The real significance of the polling could be in the decline of NZ First and the Greens. Both parties have slipped under 10%. While the slump in support for the Greens will no doubt be attributed to the Turei scandal, the loss of support for NZ First is more intriguing.

There is one thing that hasn’t changed though. The media narrative that Winston Peters is king or queenmaker will continue right up til election day.